So I haven't blogged on here for almost two years. Things caught up with me, and I ended up coming to BP less and less. I know it's somewhat a dead forum now, but I do have dreams of bringing it back for the next generation of Bearville players.

I wanted to explain why I hadn't been on here much. After my last blog post, I had issues at school with bullying. At the end of last year, I made the decision to move schools. When I announced my decision, all my friends tried to fight me, telling me I couldn't do it, telling me I chose academics over friendship. It was a very hard decision for me to make, but now I am so glad I made it. I am so much happier now and have an amazing group of friends.

I know no one is probably going to read this, but if anyone does, consider dropping by BP once in a while. Even if we have all grown up and grown out of Bearville, it could be nice to come on here and have fun like we all used to. 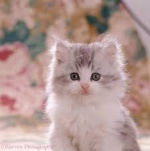 I just read your last post, it was amazing. I'm sorry you got bullied at your school and your friends weren't too supportive but I'm so glad you made that decision and now you are much happier now. I also had that thought where we should make this site alive again so future bearville players can enjoy it as much as we did in the past. I'm defiantly considering that, to drop by time to time. It would of been fun just to come on one day maybe on a social media like twitter and just catch up on everything and talk to everyone. Anyways, great blog and hope you now have awesome and kind friends. :) -from maybear209

So I was thinking, most of us don't use Build-a-Bearville anymore, but I thought it'd be nice for us to all catch up on Bearville itself. I went on there today and it made me remember how much fun I used to have. I was considering having a Bearville party one day, so if you were interested in a Bearville meet-up at one point, leave a reply and I'll make a proper invitation for it.

» hello were is every1

Bearville Place is not an official site, connected, related or associated to Build-A-Bear Workshop®or Build-A-Bearville® Character names, logos, and images are trademarks owned by Build A Bear, Inc. Have a great time here! 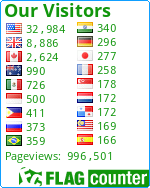